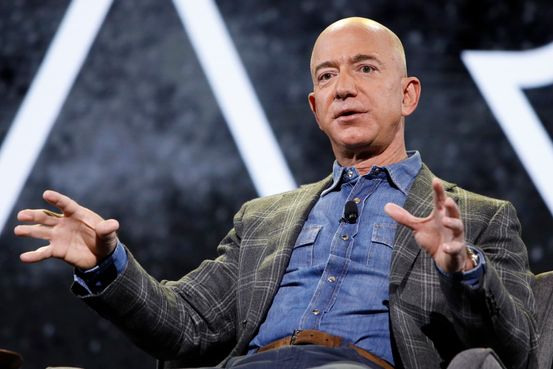 A ticket to go into space next month with

went for almost $30 million, including the commission, in a charity auction Saturday, said Blue Origin LLC, the space company founded by the billionaire.

The winner of the live phone auction wasn’t revealed Saturday—Blue Origin said it had to complete final paperwork—but is expected to be named in two weeks.

The successful bidder will be among the passengers on the New Shepard vehicle’s first crewed launch planned for July 20 and spend a few minutes in space with Mr. Bezos, his brother Matt Bezos and an unnamed fourth would-be astronaut.

Major news in the technology sector.

Bidding opened Saturday at $4.9 million and rose quickly to $10 million before four participants competed to ultimately raise the price to $28 million. A 6% buyers’ commission is added to the winning bid, taking the final cost to $29.7 million. Blue Origin said 7,600 bidders from 159 countries registered for the event.

Proceeds go to the Blue Origin Club for the Future charity, which focuses on encouraging young people to take an interest in space, math and science.

The mission next month ushers in a new chapter for the long-delayed space tourism industry, where Blue Origin and Richard Branson’s

have competed to take the first paying passenger on a reusable vehicle.

The winning bid was more than 10 times the highest auction bid price before Mr. Bezos announced Monday that he would be part of the 10-minute flight to the edge of space and back in a capsule that can hold six passengers.

Mr. Bezos is stepping down as

chief executive July 5 after leading the company for more than two decades. He has invested heavily in Blue Origin, contributing as much as roughly $1 billion a year.

The New Shepard is autonomous, with no pilot, and the winning bidder will have just six weeks to prepare for the mission. Passengers must sign a form waiving their right to sue Mr. Bezos’s Blue Origin in the event of an accident. The company said minimal training is required, and they don’t have to pass a medical, only complete physical requirements including being able to run to the top of the company’s launch tower—about seven flights of stairs—in 90 seconds and fit into a spacesuit.

Pulse Nightclub to be named nation...