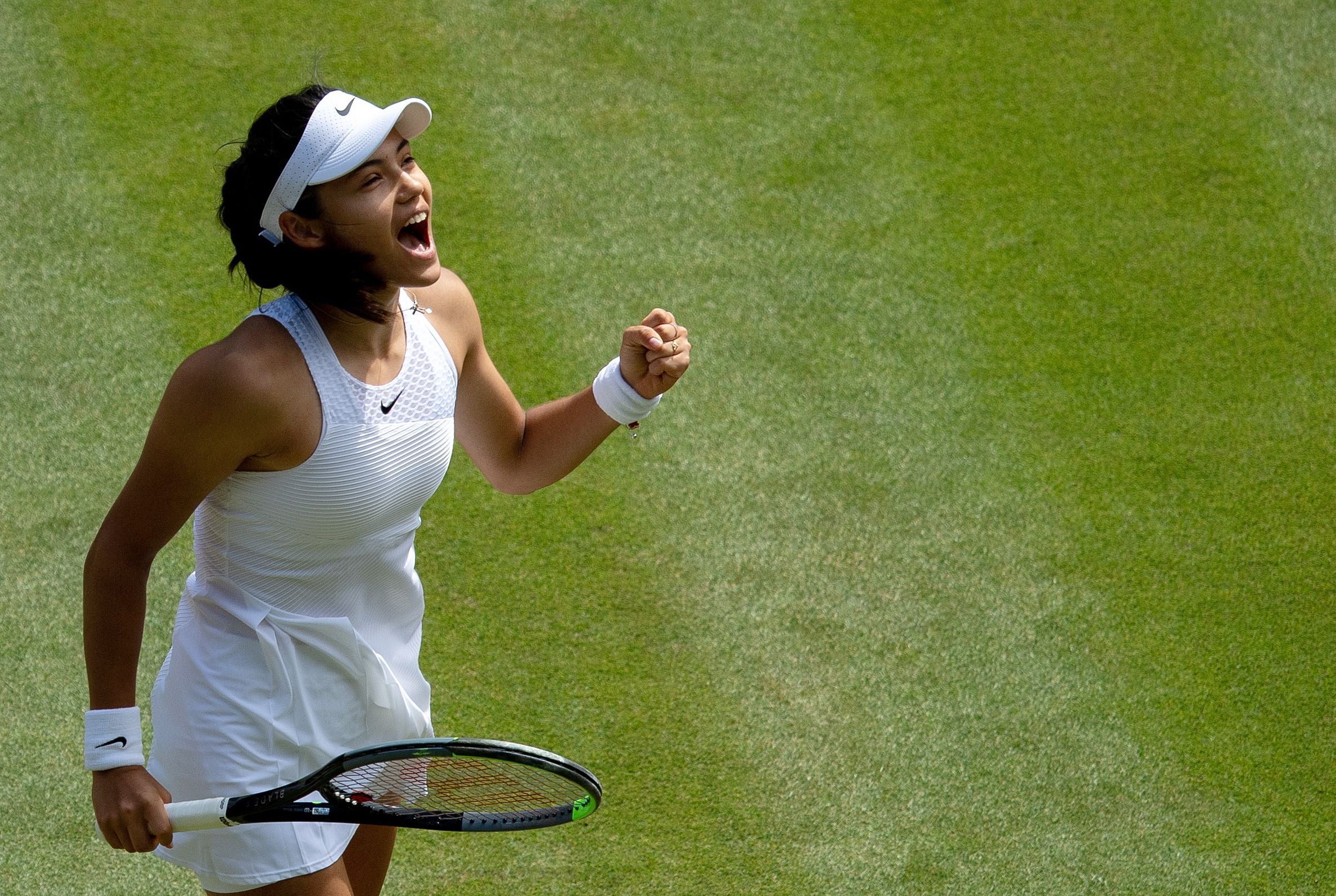 LONDON – When Emma Raducanu was handed a last-minute wildcard into Wimbledon’s main draw she was at the bottom of the pile when it came to the 15 British players who had made it into the singles field being the lowest-ranked entrant at 338.

Six days into the championships and A level student Raducanu is the only British player to survive a brutal first-week cull.

Konta was gone even before the All England Club opened its wrought iron gates on day one, the 30-year-old falling foul of the strict COVID-19 protocols that have been put in place after someone in her hotel bubble tested positive for the virus.

After the rest of the British players exited the singles, Grand Slam debutant Raducanu has been left with the welcome conundrum of figuring out how to get her tennis kits laundered in time for her last-16 clash with Australia’s Ajla Tomljanovic.

“Who’d have thought? When I was packing to come into the bubble my parents were like: ‘Aren’t you packing too many pairs of match kit?’” the beaming 18-year-old told the crowd after her unexpected run to the second week.

“I think I will have to do some laundry in the hotel tonight. So we’re all good.”

The only child of a Chinese mother and Romanian father, Raducanu seems to have an old head on her young shoulders, a characteristic she acquired by closely studying her idols — China’s Li Na and Romanian Simona Halep.

“It’s really such a coincidence that those are two of my favorite players that I try to model my game after,” said Raducanu, who until last month had never played a match on the main WTA Tour.

“It’s definitely helped me, the mentality that both of them bring. They both come from very hard-working countries.

“Having parents like I do, they always push me. They have high expectations. I’ve always tried to live up to that. And I hope I did them proud this week.”

It was not just her parents who she did proud as she left Wimbledon buzzing after a whirlwind few days in which she accounted for the scalps of Vitalia Diatchenko, 2019 French Open runner-up Marketa Vondrousova and 45th-ranked Romanian Cirstea — and all that just two months after sitting her school exams.

Coached by Murray’s father-in-law Nigel Sears, Raducanu is such an astute student of the game that she even took steps to ensure she would not be overawed when she made her Court One debut on Saturday.

“Yesterday I came out here and I sat courtside for about five minutes. They let me to get a feel for the court, which I think was very valuable because when I went out there today, I sort of knew what to expect,” Raducanu said as she let her hair down having had it tied in a braid during the match.

With the whole nation behind her, it is not surprising that Raducanu’s phone has not stopped buzzing.

However, while most teenagers are addicted to their phones, for now, she has demonstrated her maturity by declaring: “It’s so crazy. I’ve turned all my notifications off on my phone.

“I have received a few emails from my school teachers. It’s just been great to receive messages from my schoolmates as well. Yeah, I can’t wait to see them once I’m done here really.”