U.S. senators promise vaccines for Taiwan amid dispute with China 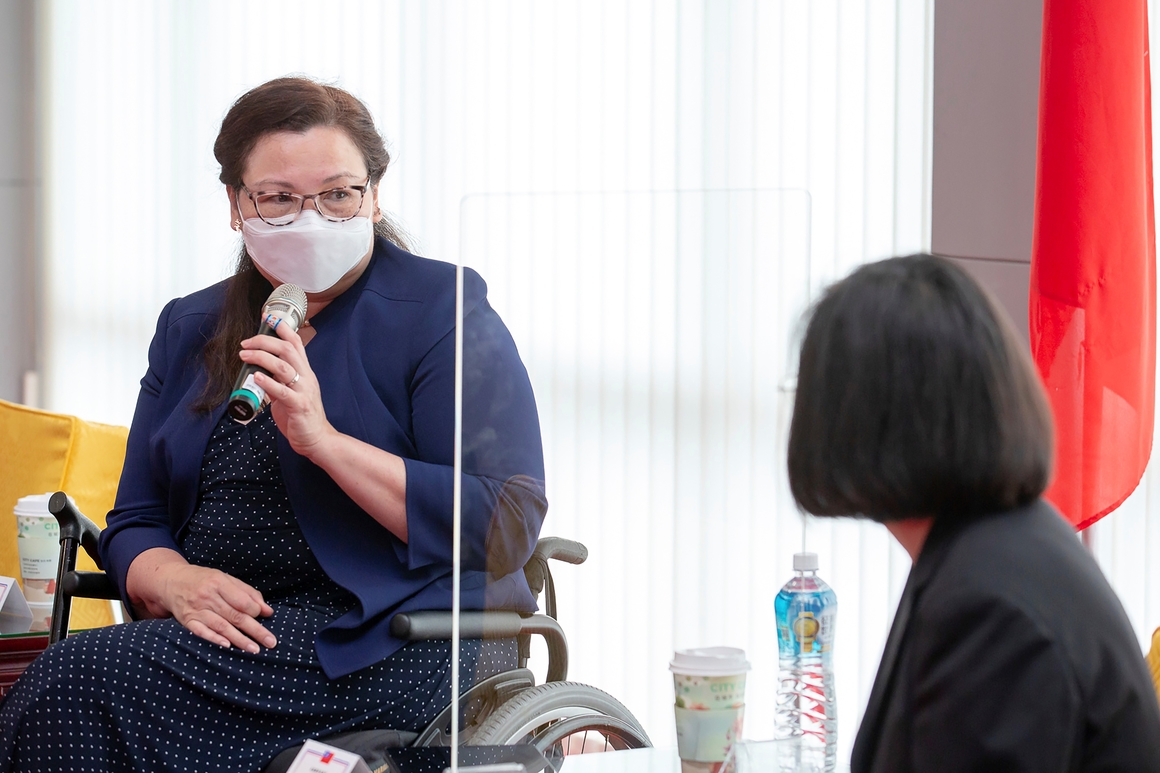 Taiwan was included on a long list of places announced last week that would receive 25 million doses from the United States in what the Biden administration says is the first tranche of at least 80 million doses to be distributed globally. Most of the first tranche, including Taiwan’s, will be sent through COVAX, a U.N.-backed program to distribute vaccines to low and middle-income countries.

The island of 24 million people, which lies 160 kilometers (100 miles) off China’s east coast, is desperate for vaccines after a sudden outbreak that started in late April caught authorities by surprise. Japan shipped 1.2 million doses to Taiwan on Friday, opting to skip the COVAX process in the interest of speed. It was unclear when the 750,000 American doses would arrive.

Taiwan has accused China of blocking its efforts to reach a deal with BioNTech to import the vaccine co-developed by the German company and Pfizer. Beijing has said it is willing to supply vaccines to Taiwan, including BioNTech, through Chinese partner Fosun, and that the island’s government is to blame for putting politics above the lives of its people. Taiwanese law bans the import of Chinese-made medicines.

Foreign Minister Joseph Wu, welcoming the senators at the airport, said that Taiwan is fortunate to have like-minded countries showing support, which he said is about sustaining freedom and democracy in the face of autocracy.

“Taiwan is facing unique challenges in combating the virus,” he said. “While we are doing our best to import vaccines, we must overcome obstacles to ensure that these life-saving medicine are delivered free from troubles of Beijing.”

He said China is trying to block Taiwan’s international assistance and prevent it from participating in the World Health Organization. “We are no strangers to that kind of obstructionism,” he said.

Taiwan and China split amid civil war in 1949, and most Taiwanese favor maintaining the current state of de facto independence while engaging in robust economic exchanges with the mainland.

China’s ruling Communist Party says Taiwan must come under its control, and has in recent months increased pressure on the island, including flying warplanes near Taiwan. The increasing activity and vast improvements in China’s military capabilities have raised concern in the U.S., which is bound by its own laws to ensure Taiwan is capable of defending itself and to regard all threats to the island’s security as matters of “grave concern.”

Taiwan, which had weathered the pandemic virtually unscathed until the recent outbreak, is now facing its most serious flare-up with more than 10,000 new cases since late April.

President Tsai Ing-wen, meeting with the senators, expressed gratitude to the Biden administration for including Taiwan in the first group to receive vaccines and said the doses will arrive at a critical time for the island.

“I hope that through cooperation with the United States, Japan and other countries, Taiwan will be able to overcome the immediate challenges and … and move towards recovery,” she said.

Both Duckworth, who was born in Thailand, and Sullivan said the American donation also reflects gratitude for Taiwan’s support for the U.S., as Taiwan donated millions of masks and other supplies to the U.S. in the early days of the pandemic.

“This is love from America in return,” Sullivan said, wearing a mask that he noted had “Love from Taiwan” written on it.

The three senators arrived at 7:30 a.m. from South Korea, where they met senior officials including the foreign and defense ministers on Friday and Saturday to discuss COVID-19 cooperation, the U.S.-South Korea military alliance and North Korea. They departed Taiwan at 10.30 a.m. the same morning, according to Taiwan’s foreign ministry.

US Senators in Taiwan Announce Vac...