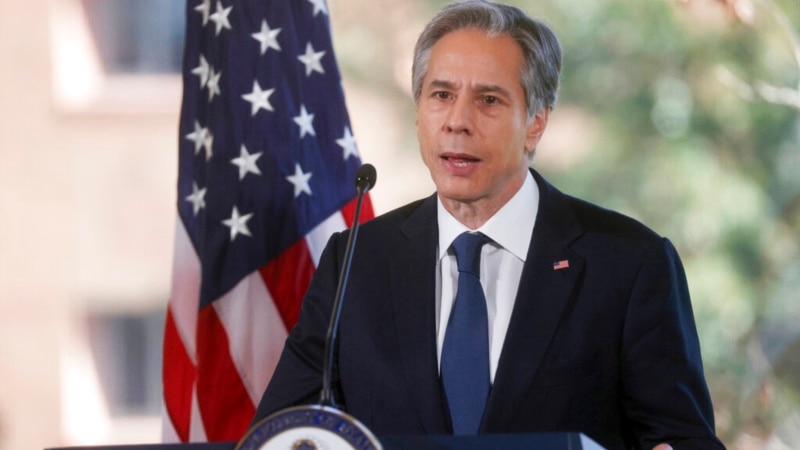 U.S. Secretary of State Antony Blinken is calling for Myanmar’s ruling military junta to restore the country’s path “to a genuine and inclusive democracy” on the one-year anniversary of the landslide general election victory by the now-ousted civilian government’s ruling National League for Democracy.

The NLD won 396 of the 498 contested parliamentary seats in the November 8, 2020 election, handily beating the military-backed Union and Solidarity party to win re-election in just the second democratically-held elections after the military formally gave up control of Myanmar after decades of autocratic rule.

But the results were negated just three months later when the military overthrew the civilian government on February 1, 2021 and jailed several of its officials, including de facto leader Aung San Suu Kyi and President Win Myint. The military claimed the results of the November 8 election were fraudulent, an allegation rejected by the country’s election commission.

Suu Kyi led the civilian government as “state councillor” after the military-drafted constitution effectively barred her from serving as president.

The February 1 coup and its “subsequent and ongoing violent crackdown has further undermined human rights and fundamental freedoms and reversed a decade of progress toward a genuine democracy,” Secretary Blinken said in his written statement.

“We honor the people of Burma striving to restore democracy, respect for human rights, and the rule of law in their country, including more than 1,300 innocent people who have lost their lives in that struggle,” Blinken said, referring to Myanmar by its other name.