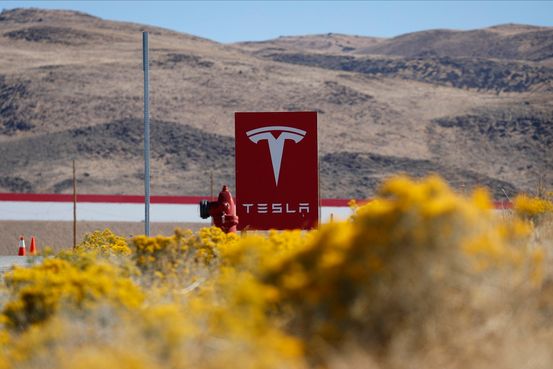 leading battery supplier is no longer a Tesla shareholder.

said Friday it has sold its entire stake in Tesla for about $3.6 billion. The move highlights the more arm’s-length relationship that has developed between the Japanese battery maker and the American electric-vehicle maker, which has started working with other battery manufacturers in recent years.

Panasonic said the move wouldn’t affect its supply of batteries to Tesla and the two companies maintain a good relationship. It said it completed the share sale during its last fiscal year, which ended in March, and notified Tesla of the transactions. Tesla didn’t respond to a request for comment.

Panasonic made a $1.6 billion bet on building a joint battery factory with Tesla in Nevada called the Gigafactory. It caused years of losses at Panasonic before the company said this year it was finally turning a quarterly profit.

Tesla has ramped up efforts to diversify its supply of batteries by working with other manufacturers in China and South Korea, as well as exploring making its own batteries. Meanwhile, the Panasonic chief executive who led the Gigafactory investment,

stepped down this year.

Jin Tang, a researcher at Mizuho Bank in Tokyo, said the share sale was a sign that Panasonic wanted to keep a certain distance from Tesla and maintain a diverse customer base. Panasonic also has a battery-making joint venture with

Mr. Tang compared it to a relationship: With Tesla starting to see other people, he said, Panasonic no longer felt it needed to have the token of closeness represented by its Tesla shareholding.

and New Mountain Capital LLC for $7.1 billion in a bid to accelerate its software business.

Panasonic started to supply lithium-ion battery cells to Tesla in 2009. Earlier this year, a Panasonic executive said the company was developing a larger cylindrical battery for Tesla but the time of commercialization wasn’t decided yet.

In 2010, not long after Tesla’s initial public offering, Panasonic spent $30 million to acquire 1.4 million Tesla shares. Panasonic valued its stake at about $730 million as of March 2020, according to its annual securities report. Since then, Tesla shares have soared on optimism about the future of electric vehicles. If Panasonic had retained all the shares it acquired in 2010, after a 5-for-1 share split last year they would be worth $4.76 billion based on Tesla’s closing share price Thursday.

Corrections & Amplifications
Tesla is the electric-vehicle company. The headline in an earlier version of this article incorrectly called it Telsa. (Corrected on June 25.)

U.S. Consumer Spending Was Flat in...