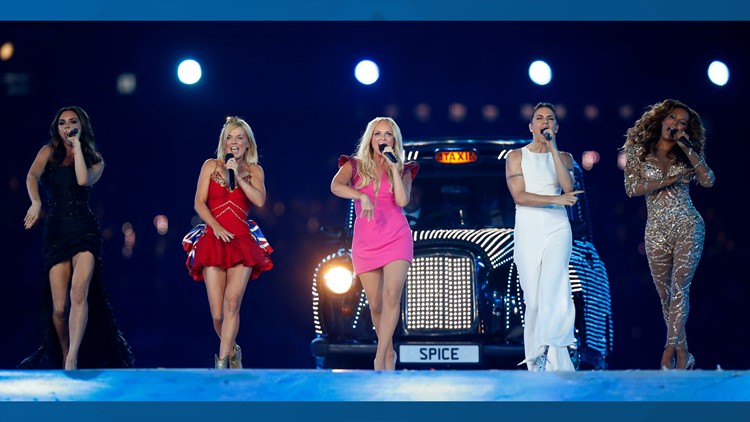 The iconic British pop group has been a cultural mainstay around the globe for decades showcasing the bubbly side of British entertainment.

WASHINGTON — Editor’s note: The WKYC video is from June 2019.

Look who’s back! The Spice Girls, who shot to worldwide fame in the 90s, are releasing a new song to mark the 25th anniversary of the group’s debut single “Wannabe.”

The girl power group have apparently held onto a previously unreleased ballad called “Feed Your Love,” which they have now decided to release to commemorate the big anniversary.

As the Daily Mail and other UK outlets put it, the song is the first new track to be released by the group since 2007. The Spice Girls did release a music video for their song “Denying” in April of 2020, but the song itself was first featured on their 1997 album “Spiceworld.”

Ginger, Sporty, Baby, Scary and Posh Spice have put together a special EP, including the previously unreleased ballad “Feed Your Love,” for their 25th anniversary commemoration album called “Wannabe25.”

The new song contains vocals from all five members including Geri Horner, 48, Melanie Chisholm, 47, Emma Bunton, 45, Melanie Brown, 46 and Victoria Beckham, 47. The new song will be available to stream on July 9.

In 2012, the group reunited to perform a medley of their greatest hits during the closing ceremony of the London 2012 Olympics.

In 2019, the Spice Girls reunited again for a U.K. tour without Beckham.

The group has also launched their #IAmASpiceGirl campaign, OK! Magazine and other entertainment outlets reported. The group is asking fans to upload their favorite memories involving the group to Instagram and Twitter using the hashtag. Fans can also email content to [email protected]

As the Sun reported, the Spice Girls said in a statement “the Spice Girls belong to everyone and that’s why we want to mark 25 years of ‘Wannabe’ by celebrating our incredible fans.”