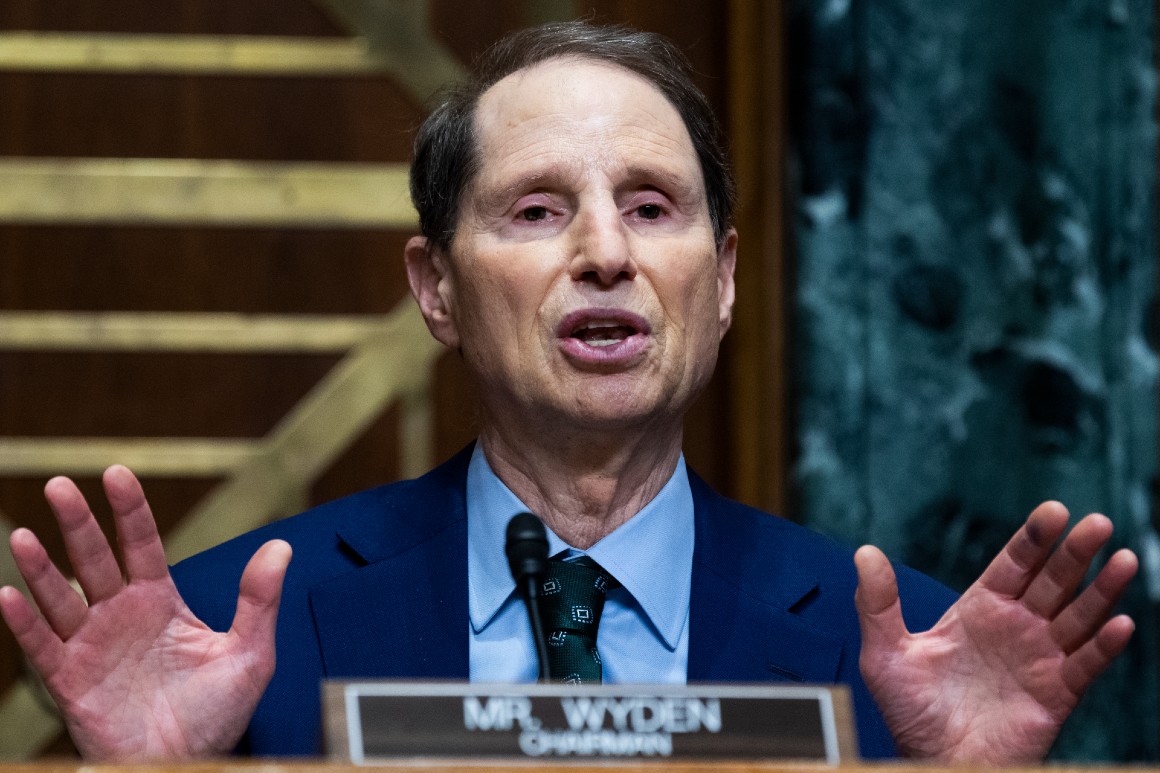 Wyden told POLITICO he’s been talking to Republican lawmakers and Democratic colleagues close to drugmakers to build support for his proposal, arguing it would not hamper research and development, as critics of pricing reforms argue.

“To me, the real key here is what I’ve been focusing on with members: showing that the affordability of medicine and the importance of encouraging scientific innovation and breakthroughs are not mutually exclusive,” he said. “It’s possible to do both.”

A senior Democratic aide noted that Wyden’s blueprint doesn’t represent a consensus among Democrats on the committee, some of whom remain skeptical of the effort. The document is also light on details; for instance, it doesn’t explain the mechanism for drug pricing negotiations, sidestepping a heated debate about using the prices other countries pay as a baseline.

Wyden’s efforts could intersect with separate bids to incorporate more health policy changes in a sweeping infrastructure package. Senate Budget Chair Bernie Sanders (I-Vt.) said Monday he’s drafting a budget resolution that will include not only direct government drug price negotiations but an expansion of Medicare to cover dental, hearing and vision benefits.

Though aides have noted that the budget language is non-binding and individual committees like Finance will ultimately craft the specific policies, Sanders says he’s been talking to the Finance Committee “all the time” and believes all 50 Democrats will ultimately support the measures. He also noted the drug pricing provisions could save hundreds of billions of dollars that could offset the cost of other priorities.

“Like everything else there are going to be fights over the details, but I’m confident we’re going to go forward effectively,” Sanders said.

Democrats’ thin legislative majorities gives them little room to maneuver, and some moderate lawmakers have expressed concern about aggressive reforms. Sen. Bob Menendez (D-N.J.), whose state is home to numerous drug companies, has said the industry shouldn’t be a “piggy bank” for infrastructure legislation.

“We keep taking money from the pharmaceutical industry and then we never see the reduction in the cost of prescription drugs. How is that solving the problem?” Menendez said. “If all we’re doing is getting a revenue source from the industry without reducing the drug costs of consumers, the we haven’t gotten it right.”

House Budget Chair John Yarmuth (D-Ky.) last week noted the challenge of drafting something the entire caucus can agree on.

“There’s zero margin,” he said. “So essentially, everybody’s in position to sabotage whatever we’re doing.”