Prince Philip would have turned 100 on June 10 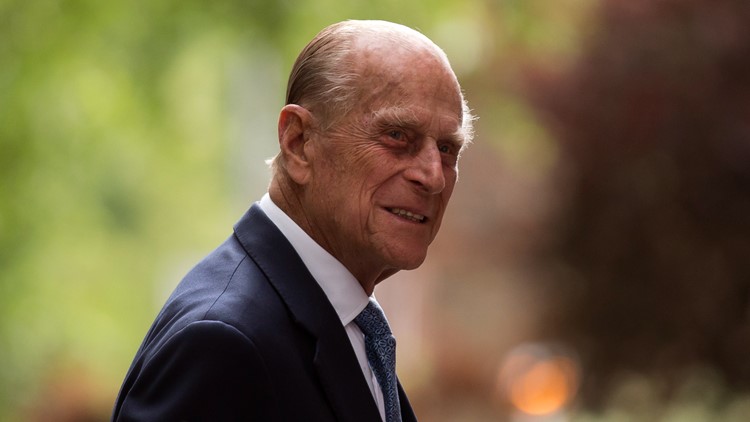 Prince Edward said the royal family would have “loved” the chance for Philip to be able to experience his centenary, even if his late father didn’t.

LONDON, UK — On what would have been Prince Philip’s 100th birthday, his youngest child said he would not have been looking forward to any celebrations to mark the occasion.

In an interview with the BBC that was broadcast Thursday, the 57-year-old Prince Edward said the royal family would have “loved” the chance for Philip to be able to experience his centenary, even if his late father would have balked at “all the fuss and bother.”

“I think he wasn’t really looking forward to the centenary, even if we were,” Edward said.

“Everybody will have their own memories,” Edward said. “He was that sort of larger-than-life person. Once met, never forgotten.”

Philip died on April 9, 2021, just two months short of his 100th birthday. His funeral a little more than a week later was a low-key affair at Windsor Castle with attendees in St. George’s Chapel limited to just 30 people as a result of the coronavirus restrictions at the time. Most poignantly, Queen Elizabeth II, Philip’s wife of 73 years, sat alone on one side of the chapel.

RELATED: Prince Philip laid to rest in ceremony praising his courage and support for the queen

RELATED: Why the Queen sat alone at Prince Philip’s funeral

Reflecting on his father’s funeral amid the pandemic, Edward said it was an “extraordinary” but “strange” day.

The queen, 95, has already marked the occasion with the planting of a newly bred rose named after her late husband. The Duke of Edinburgh Rose has been planted in the Windsor Castle gardens.

Philip, who was born on the Greek island of Corfu on June 10, 1921, married then-Princess Elizabeth in 1947 — five years before she became queen. The queen has described her husband, who became Britain’s longest-serving consort, her “strength and stay.”

Prince Charles, 72, also honored his late father on Thursday with a social media post on the Instagram account he shares with his wife Camilla. It showed a young Charles holding his father’s hand as Philip, wearing a dapper double-breasted suit and sunglasses, greeted him after returning home from a trip to Malta in 1951.

“Remembering The Duke of Edinburgh, on what would have been his 100th birthday,” the post said.

RELATED: Prince Philip vs Philip of ‘The Crown’: Fact and fiction

RELATED: Philip apologized to Nixon in letter for ‘lame’ toast

RELATED: Prince Philip and Queen Elizabeth II were already related before they married

RELATED: Here’s why Prince Philip was not King Philip