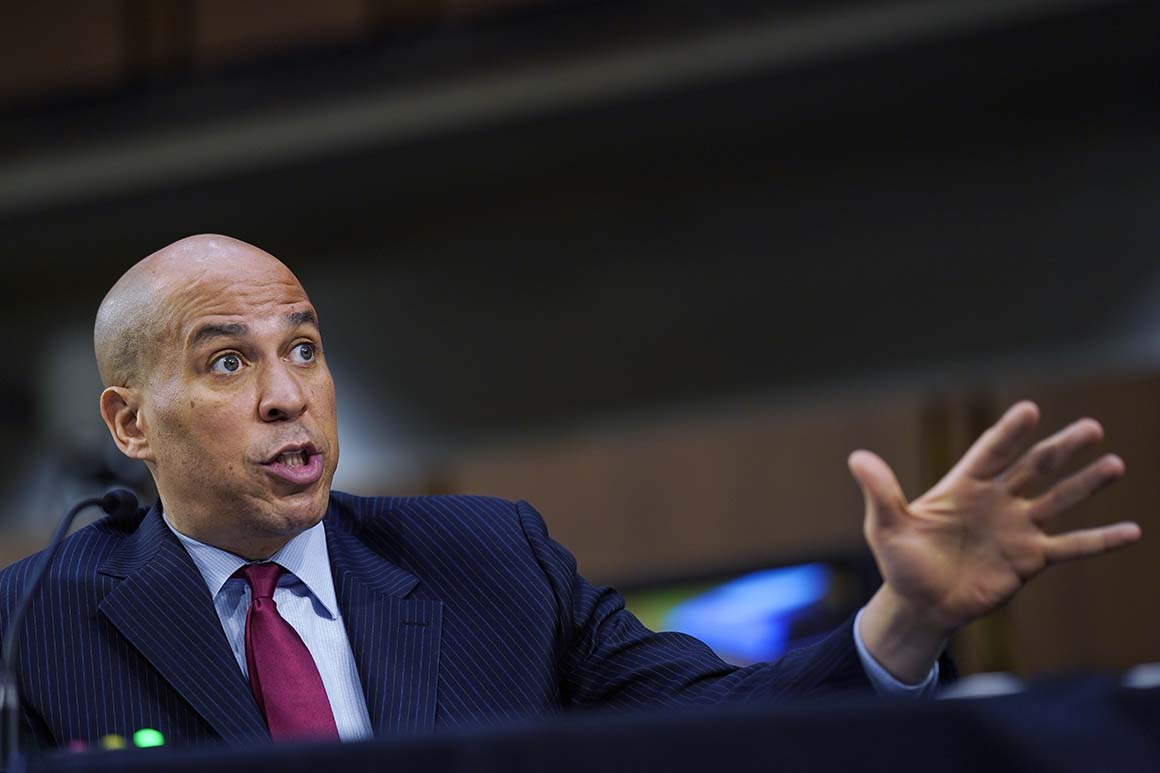 Meanwhile, Scott — weeks after declaring police reform talks “June or bust” — said both sides “still have a ways to go.”

Even if the two parties can reach a deal on legislation, lawmakers will face the daunting task of selling it to the multiple groups with vested interests in law enforcement policy-making, from police unions to civil rights groups. As proposed draft provisions leaked out over the week, groups trying to sway the final product dug in.

“We have grave concerns about the current draft,” said Jonathan Thompson, executive director of the National Sheriffs Association. “However, we remain open to the possibility that something balanced and reasonable is achievable.”

Another person involved in the negotiations said provisions shifting legal liability to departments rather than officers in an early draft circulated by Booker were a “nonstarter.”

Draft legislation obtained by POLITICO addresses the contentious issue of qualified immunity, the legal doctrine that shields officers from civil liability for misconduct on the job, by attempting to strike a middle ground similar to a proposal floated by Scott. According to the text, “the public employer of that officer shall be liable to the party injured for the conduct of the officer in an action at law, suit in equity, or other proper proceeding for redress.”

The draft also proposes criminal penalties for officers who “intentionally” use excessive force if the officer “knows” the force is excessive or “consciously disregards” risks.

The draft bill doesn’t address section 242, which makes it a crime for an officer to willfully deprive a person of their constitutional rights, but it does create new criminal offense charges for other crimes that officers commit. In addition, the bill would create an officer accountability database, would ban chokeholds unless an officer is in danger, impose limitations on no-knock warrants and limit the transfer of military equipment to law enforcement agencies. A source familiar with the negotiations said the document is the product of months of negotiation.

Jim Pasco, the executive director of the Fraternal Order of Police, the largest police union, said in an interview he was “cautiously optimistic” about the negotiations but underscored that qualified immunity was still a major concern for his organization.

That protection for officers’ workplace behavior was an “essential element of recruiting and retaining the best qualified police officers,” Pasco said, adding police “should continue to be afforded protections of the doctrine of qualified immunity.”

Both Booker and Scott are well-respected within their caucuses, and senators in interviews said that any agreement between the two would likely earn broad support. But Republicans have made clear that their buy-in depends in large part on where the qualified immunity debate lands.

And negotiations limited to a small group of senators mean that last-minute stumbling blocks could get in the way.

Senators aren’t working through “committees of jurisdiction where people can file amendments,” said Sen. John Cornyn (R-Texas). “That’s the way steam gets let off and people get a chance to participate in the process.”

“I know that a number of my colleagues on the Republican side that would have that same concern” about leaving police officers too legally exposed, Hawley said. “Would it be more than 40? I don’t know.”

The draft legislation obtained by POLITICO would limit transfers of military equipment to police departments — long a goal of advocates who opposed the use of military-grade hardware by local police. In a provision likely to draw Republican opposition, the proposal also includes annual appropriations for developing a curriculum “on the history of racism” through the National Museum of African American History and Culture.

Any policing deal that might emerge from the current talks would also face an uphill climb in the House. Progressive Democrats there have balked at compromise proposals that they say would do less to reform law enforcement than the House-passed bill named for George Floyd, the Black man whose murder by former Minneapolis police officer Derek Chauvin inspired nationwide protests last year.

Rep. Cori Bush (D-Mo.), herself a former Black Lives Matter activist, said in a statement to POLITICO her vote depended on whether final legislation changed qualified immunity or not.

Bush and Rep. Ayanna Pressley (D-Mass.) led a group of House Democrats at the end of May in sending a letter to Democratic leadership urging them to keep qualified immunity provisions in any final legislation, and Bush is set to introduce her own police reform proposal this month.

How Joe Biden is trying to regain...

Biden-Putin summit: What not to ex...