During an interview with The Sun on Wednesday, the Oasis guitarist — who famously has a bitter sibling rivalry with former bandmate Liam Gallagher — weighed in the on drama surrounding Prince Harry, specifically his strained relationship with his older brother Prince William. 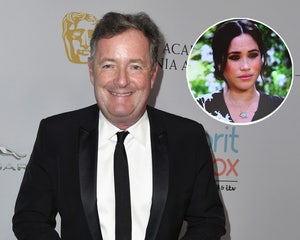 “Prince William. I feel that f—— lad’s pain,” Noel said. “He’s got a f—— younger brother shooting his f—— mouth off with s— that is just so unnecessary. I’d like to think I was always the William.”

“Prince Harry is coming across like a typical f—— woke snowflake, f—— a–hole,” he continued. “Just don’t be f—— dissing your family because there’s no need for it.”

The British rocker then set his sights on Harry’s California-born wife, Meghan Markle, saying, “This is what happens when you get involved with Americans.”

“As simple as that,” he added.

Harry and Meghan’s issues with Buckingham Palace became public when they announced they were stepping back as senior members of the royal family and moving to North America in January 2020.

Then in a bombshell interview with Oprah Winfrey in March, Harry said he was at odds with both William and his father, Prince Charles.

And just last month, on Dax Shepard’s “Armchair Expert” podcast, Harry compared being part of the royals to “a mix between ‘The Truman Show’ and living in a zoo.” 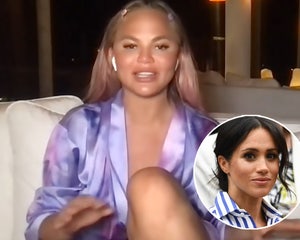 Meanwhile, Gallagher said he has never met Prince Harry, but that doesn’t stop him from being bombarded with questions about the Duke of Sussex.

“I did a week here of Australian promo down the phone and Zoom and all that and they were like, ‘So Noel Gallagher, f—— 10 years of High Flying Birds! It’s been amazing! And f—— Oasis! But what we really want to know is, how much of a c— is Prince Harry?'”