NFL to match $100k donation to the Trevor Project from Nassib 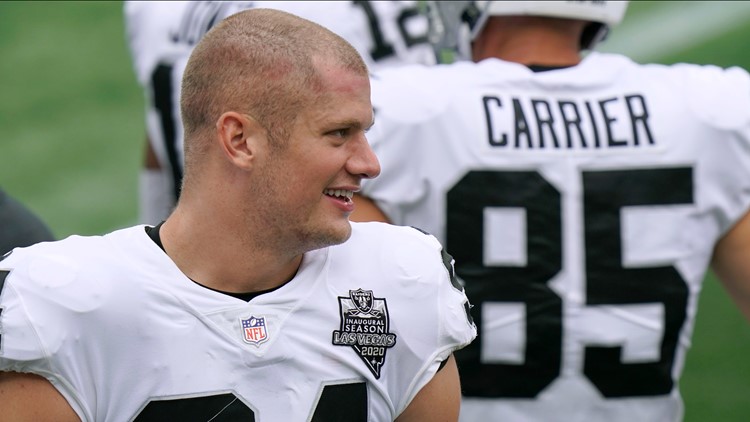 The league is hoping the move will further support suicide prevention efforts for LGBTQ youth, and is part of a year-long effort on diversity and inclusion.

The National Football League announced Tuesday that it will now match a $100,000 donation that defensive end Carl Nassib made to the Trevor Project amid his announcement that he identifies as gay.

The league said in a tweet Tuesday that it stands behind Nassib writing, “The NFL is committed to year-long efforts around diversity, equity, and inclusion.” In the statement the league went on to say, “We proudly support the LGBTQ+ community and will continue to work alongside the Trevor Project and our other community partners to further enhance our collective work.”

As Outsports reported, Nassib is the first active NFL player in history to publicly come out as gay.

Monday, Nassib released a video on Instagram announcing that he is gay. He also said that he would be donating $100,000 to the Trevor Project, an LGBTQ youth crisis prevention service.

“I just wanted to take a quick moment to say that I’m gay,” Nassib said in an Instagram video recorded from West Chester, Pennsylvania where he lives. “I’ve been meaning to do this for a while now, but I finally feel comfortable enough to get it off my chest.

“I really have the best life. I got the best family, friends and job a guy can ask for. I’m a pretty private person, so I hope you guys know that I’m really not doing this for attention. I just think that representation and visibility are so important.”

The Trevor Project was founded in 1998, by the makers of the short film “TREVOR,” which won an Academy Award. The project calls itself the “leading national organization providing crisis intervention and suicide prevention services to lesbian, gay, bisexual, transgender, queen & questioning (LGBTQ) young people under 25.”

Dr. Fauci and the Mask Disaster