Lyles leaves a message that goes beyond his poor 100m showing 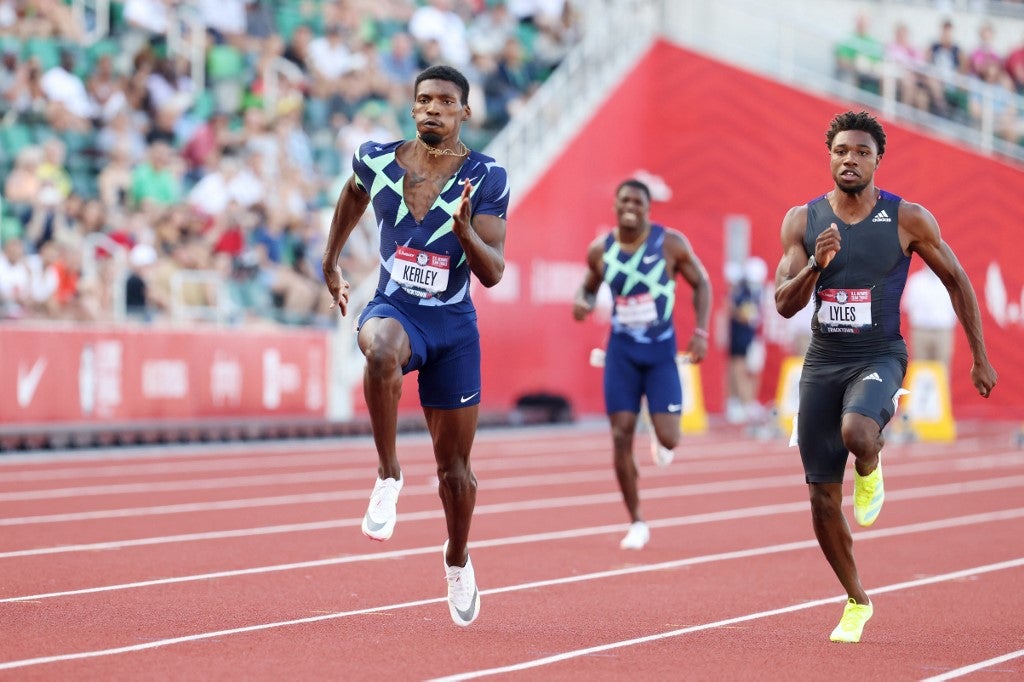 EUGENE, Oregon – A sluggish start ended one dream for American sprinter Noah Lyles, but the world 200-meter champion has hopes for others in both his favorite event and for social justice.

Raising his left fist in a black glove before the 100m final at the U.S. Olympic trials on Sunday, Lyles, who finished seventh, said later he would still challenge for the Tokyo Olympics 200m gold and work to end social injustice in America.

“Black lives matter,” said Lyles, who was far off his best on the track, finishing in 10.05. “We’re still dying in the street.

Asked about the raised fist and glove, echoing the 1968 Olympics Black Power salute by U.S. sprinters Tommie Smith and John Carlos, the 23-year-old said, “I felt like it was important that I throw up some symbol. I’ve done it before and I’m going to continue to do it.”

While the 100 is the least promising of his two sprint events, Lyles had hoped to go for gold at Tokyo in the short race, the 200m and the 4x100m relay.

The relay and the 200 remain possible with the 200 ending the trials next Sunday at the rebuilt Hayward Field.

But there is work to be done for him to match the three sprinters that made the U.S. 100m team – Travyon Bromell, Ronnie Baker and Fred Kerley.

Five years after being wheeled off the Rio Olympic track injured, Bromwell left no doubt who is the year’s fastest 100m runner, romping to victory in 9.80 seconds.

“Words still can’t put it into play what just happened,” said the 25-year old, who endured years of injury before regaining his speed.

“Like I’ve been telling people all this year: It’s God’s work.”

But an untimely injury may have ended the hopes of 39-year-old Justin Gatlin, who was seeking to make his fourth Olympics.

The 2004 Olympic gold medallist tweaked a hamstring in the semi-final of the 100m. Gatlin patched himself up but hobbled across the finish line last in the final.

Coco Gauff relaxed as she prepares...