Lisa Rinna Says She Couldn’t Believe Daughter Amelia Was Dating Scott Disick In The Beginning: Here’s Why It Was A ‘WTF Moment!’ 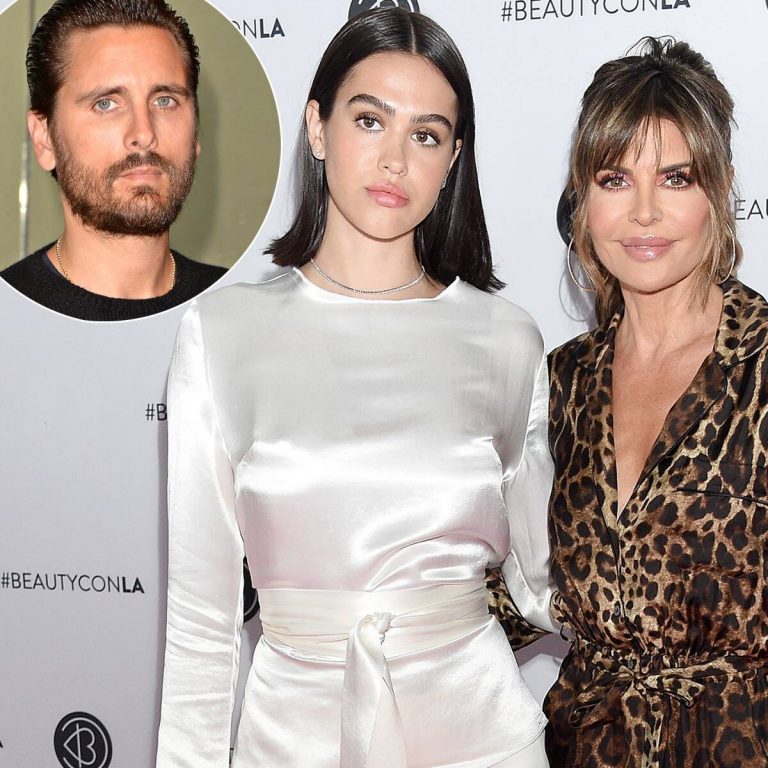 On the latest episode of The Real Housewives of Beverly Hills, Amelia Hamlin ‘s reality TV mom, Lisa Rinna , shared how she really feels about her daughter dating Scott Disick ! After all, the two have a massive age gap and their romance has been controversial because of this from the start!

Rinna revealed how she first reacted when she learned about her 19 year old daughter dating someone 18 years her senior.

As it turns out, she couldn’t believe it in the beginning!

Sure enough, fans know that Scott Disick is a father of three with his ex, Kourtney Kardashian! The two share Mason, Penelope and Reign.

RELATED: Kourtney Kardashian Shares Group Photos Of Sisters And Mother Kris Jenner Flipping The Bird On Valentine’s Day — Is This A Message To Scott Disick?

But of course, while she admitted that the age difference makes her a little nervous, she also acknowledged that in Beverly Hills, that kind of relationship is not uncommon at all!

‘Harry [Hamlin] was with Ursula [Andress] when she was 44 and he was 28,’ Lisa mentioned about her husband and father of her daughter.

Not only that but her co-star, Erika Jayne, also met her own husband when he was already 50 and she was only 28!

With that being said, Erika joked that ‘I am not the person to be talking.’

Lisa really hoped that her daughter’s infatuation with the much older man was only a ‘phase.’

Kyle Richards also shared her opinion later in the episode, not holding back at all: ‘He’s too damn old and he’s got three kids! That’s not a good match.’

She went on to stress that she would never let her daughters date someone so much older than them.

Garcelle Beauvais agreed, saying in her confessional ‘Hell no!’ before teasing Lisa by telling her that ‘You might be a grandmother of three!’