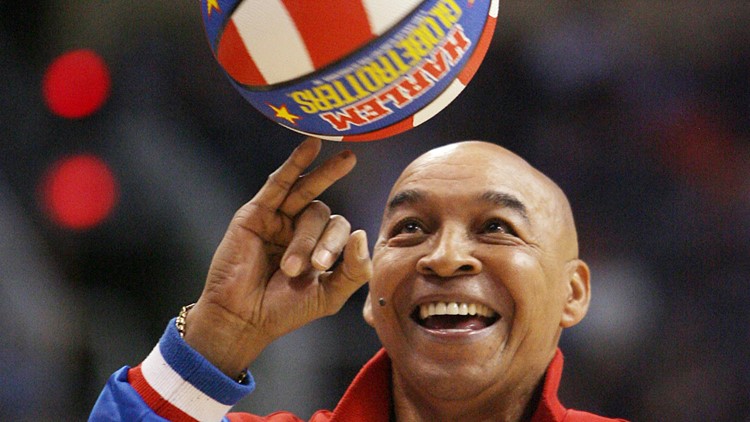 The Globetrotter’s letter petitioned Commissioner Adam Silver and the NBA governors to grant the team a franchise, “not now, but right now!”

WASHINGTON — The Harlem Globetrotters wrote a letter to the NBA demanding to be made an official part of the professional basketball league.

The Globetrotters, founded in 1926, said on Monday that it has been 72 years since the team played in an NBA game, beating the Lakers in 1949.

Citing how the NBA is now a “multi-billion-dollar industry with international endeavors and huge media deals,” the Globetrotter’s letter petitioned Commissioner Adam Silver and the NBA governors to grant the team a franchise.

“Not now, but right now!” the letter urged.

The letter dives into the team’s decades of contributions to the league, including the first Black player to sign with the NBA, Nat Sweetwater Clifton, and the first Black man to play in the NBA, Earl Lloyd. Both were Globetrotters.

It also highlighted its success to “pack arenas and grow the game of basketball across the globe.” The statement said the team brought basketball to the world stage and played in 122 countries, while the NBA has only played in 17.

It added that “when the NBA struggled to draw more than a few thousand fans, we agreed to schedule doubleheaders featuring the Globetrotters.”

When the NBA grew, the Globetrotters claimed the league was then able to attract “the best Black players, but we remember who helped the NBA get it all started.”

“So, if you really believe what you’ve been saying about social justice, going back to ‘normal’ needs to look different. You can’t just act like we don’t exist anymore,” the Globetrotters statement reads. “It’s time to right the wrongs and rewrite history. It’s time for the NBA to honor what the Globetrotters have done for OUR sport, both here in the U.S. and around the globe.”

Adding the Globetrotters might not be out of the question. In December, according to NBC Sports, NBA Commissioner Adam Silver hinted at possibly expanding the NBA.

“I think I’ve always said that it’s sort of the manifest destiny of the league that you expand at some point,” Silver said, according to NBC Sports. “I’d say it’s caused us to maybe dust off some of the analyses on the economic and competitive impacts of expansion. We’ve been putting a little bit more time into it than we were pre-pandemic. But certainly not to the point that expansion is on the front burner.”