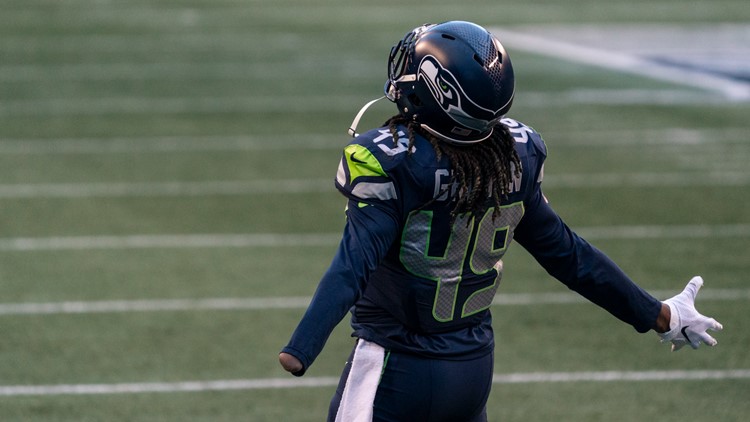 Despite having only one hand, Griffin played in 46 games the previous 3 years with Seattle.

ENGLEWOOD, Colo. — Shaquem Griffin, one of the NFL’s most inspirational players, is visiting the Broncos and will be trying out for a roster spot during the minicamp sessions this week, sources told 9NEWS.

Griffin, a month shy of his 26th birthday, played the previous three years with the Seattle Seahawks. He had his left hand amputated when he was 4 years old, yet still went on to star at Central Florida and become a 5th-round draft pick of the Seahawks in 2018.

He started his first-ever NFL game – against the Broncos in Denver – as an outside linebacker and played in 46 games overall for the Seahawks, primarily as a standout special teams player.

Griffin is a bit undersized as outside linebackers go at 6-foot, 227 pounds but he is fast and a strong tackler – a strong skill set for special teams.

His twin brother Shaquill Griffin is one of the league’s top cornerbacks as after four seasons as a Seahawks starter he signed a three-year, $40 million contract in March with Jacksonville that includes $29 million in guarantees.

The Broncos are scheduled to wrap up their offseason program this week with mandatory minicamp practice sessions Tuesday, Wednesday and Thursday.

RELATED: Bobby Massie a Coloradoan before he became a Bronco

> Top stories curated daily just for you! Sign up for the 9NEWSLETTER to get can’t-miss stories, Next and Broncos content, weather and more delivered right to your inbox.

Republican McConnell Says He Would...