Fed’s Powell Set to Testify Before Lawmakers on Pandemic Programs 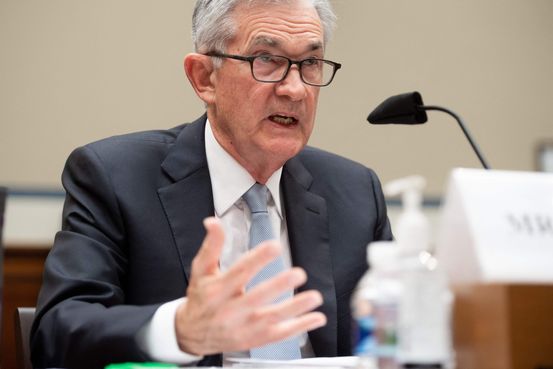 is headed to Capitol Hill on Tuesday to testify before a House subcommittee overseeing efforts to guide the economy through the Covid-19 pandemic.

The hearing aims to focus on lessons learned by the Fed, which rolled out a blitz of extraordinary lending programs early in the pandemic. These included efforts to calm market turmoil, suppress borrowing costs and lend money directly to some businessesand local governments.

“Our actions, taken together, helped unlock more than $2 trillion of funding to support businesses large and small, nonprofits, and state and local governments between April and December of 2020,” Mr. Powell said in prepared testimony released Monday. “This, in turn, helped keep organizations from shuttering and put employers in a better position to keep workers on and to hire them back as the recovery continues.”

The emergency programs wound down at the end of 2020.

Mr. Powell is also likely to field questions on the Fed’s monetary policies, which remain extremely stimulative in support of the economic recovery. His prepared remarks on the economy were largely in line with comments made during a June 16 press conference.

The Fed voted last week to keep short-term rates near zero, where they have been set since March 2020, and to continue buying at least $120 billion of Treasury and mortgage bonds each month until the economy heals further.

Fed officials signaled they expected to start raising interest rates sooner than they had previously expected. Most of them now expect to raise the overnight federal-funds rate by at least half a percentage point by the end of 2023, according to quarterly forecasts released last week. In their previous forecasts, released in March, most expected to leave the rate near zero through 2023.

In addition, they began discussing an eventual scaling-back, or tapering, of the Fed’s bond purchases.

The Fed said it plans to continue buying bonds at the current pace until the economy makes “substantial further progress,” measured from December, toward its goals of full employment and sustained 2% inflation. The officials haven’t set clear benchmarks for either of those criteria, but many private economists believe they could begin tapering later this year.

The economy’s recovery this year has been much faster than expected, thanks to steady progress on vaccinations, declining Covid-19 cases and trillions of dollars of fiscal stimulus. Total economic output is expected to surpass pre-pandemic levels in the current quarter, and a variety of indicators suggest workers are enjoying more leverage, as firms scramble to keep up with demand.

Meanwhile, the labor market’s recovery has been somewhat slower than Mr. Powell had hoped earlier in the spring. And a burst of inflation in April and May added to reasons Fed officials expect to raise interest rates sooner than previously anticipated.

The bond purchases are aimed at holding down longer-term interest rates to encourage U.S. consumers and businesses to borrow and spend.

How would you grade the Fed’s handling of the economic crisis during the pandemic? Join the conversation below.

More WSJ coverage of the economy, selected by the editors

Blinken Heads Back to Europe for M...

Who Is Jimmie Herrod? 5 Things Abo...