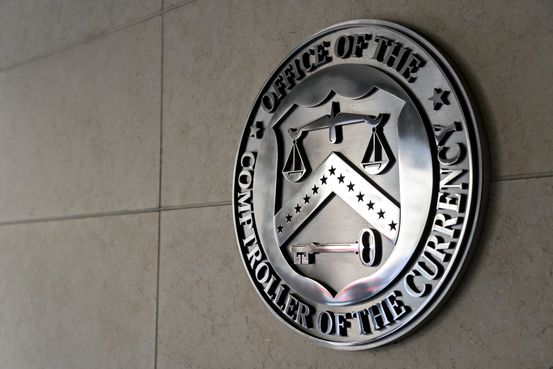 The Office of the Comptroller of the Currency’s ruling in late October said that any bank or federal savings association that signs loan documents is to be considered the “true lender,” even if the loan is serviced by or sold to a high-interest entity such as a payday lender. Prior to that rule, courts had sometimes found those arrangements to be illegal. Under then-President

the OCC had cited differing court approaches as a reason it wrote the rule.

Because the rule was finalized so close to the end of Mr. Trump’s term, Congress was able to revoke it by a simple majority vote in each Democratic-led chamber, under the Congressional Review Act. The Senate approved the true lender rule repeal last month by a 52-47 vote; the House followed Thursday with a 218-208 vote.

The Biden administration said it supports the repeal; it takes effect upon the president’s signature.

“As we anticipate President Biden signing the resolution, I want to reaffirm the agency’s long-standing position that predatory lending has no place in the federal banking system,” Acting Comptroller of the Currency Michael Hsu said in a statement.

Consumer advocates worried that the OCC rule would lead to an explosion of arrangements between banks and lenders that permit payday lenders to avoid laws in 45 states and the District of Columbia limiting how much interest nonbank lenders can charge.

The rule went into effect at the end of December, and already a bank has cited it as a defense in one court case.

New York City restaurant owners Markisha and Carlos Swepson are fighting a foreclosure after defaulting on business loans by Axos Bank of Nevada with an effective annual interest rate of 268%. The loans are being serviced by New Jersey-based payday firm World Business Lenders.

The Swepsons are pursuing a class-action lawsuit against World Business Lenders and Axos Bank, and the foreclosure has been stayed as that matter is in arbitration, according to the Swepsons’ lawyer, Shane Heskin.

In a letter to the court in November, Axos rejected the restaurant owners’ allegation that the loan is part of an improper rent-a-bank partnership and added “as recently made clear by the Office of the Comptroller of the Currency, even such arrangements are proper.”

“There’s no doubt in my mind that this rule is a weapon that will be difficult for consumers to overcome when they fight these predatory situations,” Mr. Heskin said in an interview.

Representatives of Axos and World Business Lenders couldn’t be reached for comment.

The Consumer Federation of America organized opposition to the Trump administration’s rule and urged Congress to overturn it. Several state attorneys general also are suing over it. The pro-repeal coalition included three of the largest credit unions, state bank supervisors, and faith and veterans groups.

“This is a harmful rule that allows lenders to get around consumer protection laws like interest rate caps just by putting a bank’s name on their paperwork,” Rep. Jesús “Chuy” García (D., Ill.) said in an interview. “It just encourages playing games.”

Payday lenders and other high-interest loan companies, which lobbying reports show spent more than $700,000 in the first three months of the year, partnered with banking associations and the U.S. Chamber of Commerce to fight the congressional repeal of the rule.

“Particularly during times of financial challenge, we strongly believe consumers benefit from more financial options, not fewer, and that they will continue to choose and appreciate nonbank small-dollar credit solutions because they are simple, reliable and convenient,” said Ed D’Alessio, executive director of a financial service organization called INFiN. The trade association represents 350 member companies operating about 8,000 locations across the country and online.

Supporters also said other rules prevent consumer lenders from using banks to circumvent state interest rate caps and that such arrangements can be monitored by the OCC and other financial regulators.

“The rule clarifies that as the true lender, the bank retains the compliance obligations associated with making the loan, even if the loan is later sold,”

acting comptroller of currency when the rule was enacted, testified during a Senate Banking Committee hearing on the matter in April.

Sen. Elizabeth Warren (D., Mass.) said banks are rarely penalized by the OCC or other financial oversight agencies, which she said have a poor record of enforcement.

Secretary of State Blinken to Meet...