Abrams: I would ‘absolutely’ back Manchin’s voting rights compromise 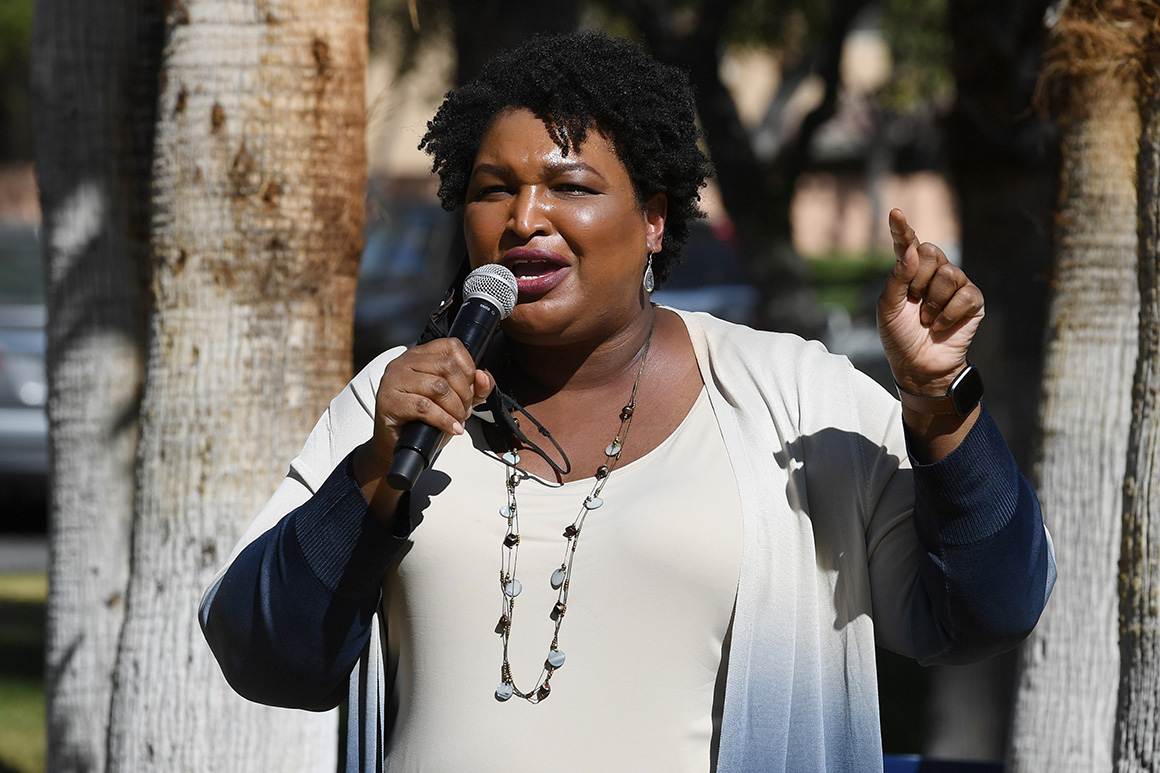 Abrams went on to describe the tenets of Manchin’s proposal as “strong ones that will create a level playing field, will create standards that do not vary from state to state, and I think will ensure that every American has improved access to the right to vote.”

The apparent boost for Manchin’s compromise solution comes after he announced last week that he would not support Democrats’ election reform bill — which party leaders have given the symbolically significant title “S.1.” in the Senate — in its current form.

Although Manchin favors the bill’s expansion of early voting and ban on partisan gerrymandering, his memo on Wednesday detailed new voter ID requirements and greater flexibility for state officials to remove voters from voter rolls.

Manchin also proposed making Election Day a public holiday, mandating 15 consecutive days of early voting and allowing for automatic registration through the DMV with the ability to opt out.

On Thursday, Abrams called the compromise laid out by Manchin a “first and important step to preserving our democracy” in the face of several Republican election laws enacted on the state level, which critics say restrict voting access and contribute to disenfranchisement.

“Those should be untenable to any American,” Abrams said. “And if Joe Manchin and the U.S. senators who support this legislation are willing to come together on a compromise, then we will make progress. We will help to continue to ensure access to our democracy for as many Americans as possible. And that is always a native good.”

However, Manchin’s proposal still has little chance of passing the Senate, where he would need the votes of at least 10 Republicans to send the measure to President Joe Biden’s desk.

Manchin has repeatedly said he opposes ending the legislative filibuster, which would allow Democrats to pass his compromise bill and several other planks of the party’s agenda with a simple majority.